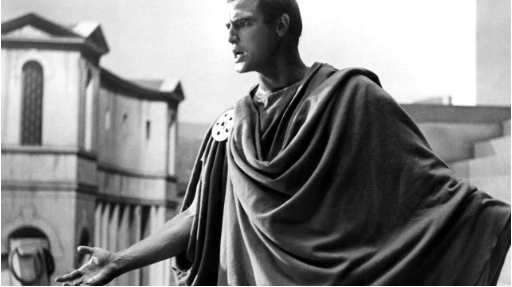 Welcome back to our series on public speaking. We will continue by starting off where we left last time by looking at Cicero’s Five Canons of Rhetoric. In the last edition of this series of articles, we also looked at three elements of classical Greek rhetoric: logos, ethos and pathos.

The key to Cicero’s canons of rhetoric ultimately lies in making an audience emotionally invested in your argument as:
“To sway the audience’s emotions is victory; for among all things it is the single most important in winning verdicts.” - Cicero, de Oratore
Therefore, in order to learn from Cicero and to apply these lessons to our speeches in Model UN, let us consider his five canons of Invention, Dispositio, Elocutio, Memoria and Actio In the next article in this series we will look at body language and delivery. 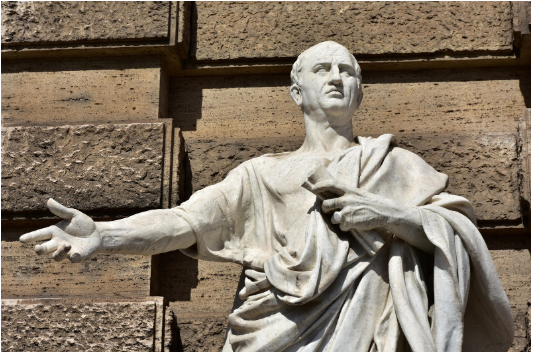 The first canon of rhetoric is that of invention which refers to the act of finding something to say which can lend support to the speaker. With effort, a good speaker can turn a weak argument stronger through effective preparation.
Any good speech will refer to several resources which can be used to persuade an audience, most notably the following: maxims, facts, statistics, testimony, examples, narratives and topics.

Dispositio
This is the process of arranging and structuring your arguments for impact. Just like how you write an essay with a certain structure, your speech should also follow a key structure by following an introduction, body and conclusion. 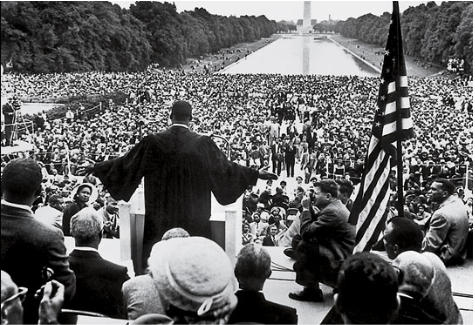 Martin Luther King Jr's "I have a dream speech"

Determining the style or how to present your arguments by using rhetorical techniques such as alliteration and metaphors. Consider linguistic tools to bring emphasis to certain ideas. Style is often considered ornamentation but allows provides emphasis on ideas to the facts, statistics and narratives provided in the inventio stage.
A good example of this can be seen in the famous “I have a dream” speech by Martin Luther King Jr in which he effectively uses alliteration: the occurrence of a same letter or sound at the start of closely connected words.
“Now is the time to rise from the dark and desolate valley of segregation to the sunlit path of racial justice”,
And,
“I have a dream that my four little children will one day live in a nation where they will not be judged by the colour of their skin but by the content of their character.”
The use of alliteration places emphasis on certain ideas and how they can change from dark, desolate and segregation to the sunlit path of racial justice.
Memoria
In the classical world, speakers had to memorize their speeches before delivering it, therefore memory refers to the process of learning and memorizing. While it is often neglected, especially in Model UN conferences where most speeches are generally a couple of minutes long, memory is one of the most effective tools that can be used to focus in on the audience. Memorizing key facts, quotes and other phrases can provide a level of confidence to a speaker.
Indeed, if we do not accurately memorize a speech, it can result in the speaker feeling self-conscious and therefore awkward if the speech is written in haste. While it is difficult to memorise a speech in Model UN, we will look at delivery techniques that will enable you to appear more confident whilst delivering a speech in the next article.
Actio
Actio is the process of delivering your speech through gestures, the volume of your voice, pronunciation and body language. I would personally argue that this is the most important of the five canons. You can have the best facts, statistics and linguistic devices, however if you fail to deliver them in a confident manner then it can often be lost on your audience.
The components of delivery are as follows: appearance, gesture, position, eye contact, articulation, pronunciation, dialect, pitch, volume, pauses and rate. We will also delve more into these in our next article.
Conclusion
To conclude, Cicero’s five canons of rhetoric can still be used to great effect today. Consider how you intend to refine your arguments, structure your speech, how to present your arguments, memorising certain phrases and finally delivering the speech to maximum effect to bring an audience to your side of the argument. In the next two articles, we will look at body language followed by delivery to see how these two can ultimately make or break any speech.