An Introduction to Public Speaking 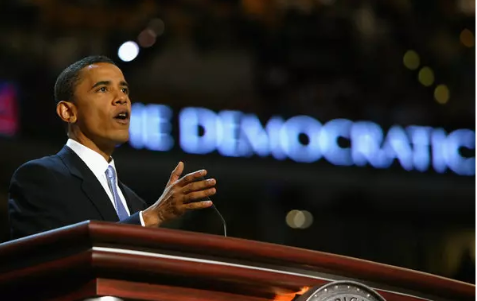 "The Speech That Made Obama", Barack Obama's Speech at the 2004 DNC Convention

Oration, rhetoric, public speaking or whatever you may want to call it, is a fundamental aspect of Model United Nations. Why do we place such importance on speaking publicly? What makes public speaking so important not only in Model UN but in public life of all politicians, humanitarians and diplomats alike?

How is it that a relatively unknown State Senator from Illinois can become a national sensation over night with a message of hope and unity? How can that same man become President of the United States just 4 years later? Or even for that matter, how did his successor become President despite an opposite message? It is all through the power of public speaking.
From Marcus Aurelius asking for his fellow Romans to lend him their ears after Caesar’s murder, to Winston Churchill’s cry for survival at the threat of defeat and annihilation: public speaking can turn the most vilified into the most powerful or the mocked to the worshipped.
In this series of articles for MyMUN, we will delve into many aspects of public speaking: from the origins of public speaking and the key techniques used by the best public speakers, to looking at how these lessons can be applied to a Model UN context.
The History of Public Speaking - Ancient Greece and Rome
While the first recorded history of public speaking appears in ancient Egypt, it first became a significant source of influence in Ancient Greece. The ancient Greeks placed importance on speaking as a component of public life, especially with the development of “oration” which is defined as: a formal speech which is given in a ceremonial occasion, usually at the funeral of an important political figure.
Public speaking therefore became a highly valued tool for political participation in the early city states of Greece in which citizens were involved in everyday political life. Noted philosophers Aspasia of Mileus, Socrates, Plato and Aristotle played key roles in the development of public speaking. Their lessons are still valuable today and can give you an understanding of what is important when speaking to an audience.
Aristotle defined rhetoric as “the possible means of persuasion in reference to any subject”. He then divided rhetoric into three crucial parts which must be kept in mind when attempting to persuade someone.

Ultimately, logos, ethos and pathos are still vital when considering speaking publicly, regardless of whether you’re giving a presentation at work or whether you’re speaking for 2 minutes to delegates in your committee.

In Ancient Rome, the tradition started off by the Greeks continued with politics placing importance on public speaking. Cicero wrote numerous works that were considered the basis for public speaking for the next 1500 years, most notably, De Inventione, De oratore and Topics, the last of which was particularly famous during the Renaissance and gave Five Canons of Rhetoric that are famous today.
The lessons of Ancient Greece and Rome still have a vital role today and informed all subsequent attempts to improve public speaking throughout the middle ages, renaissance and enlightenment.

Concluding remarks
Public speaking has long obsessed humans dating all the way back to Ancient Egypt, Greece and Rome. The prominence we place on speaking publicly in political fora has similarly shaped our political landscape over the centuries. Consider the origins of public speaking and what these can do for you in a Model UN context. In the next article, we will look further at Cicero’s Five Canons of Rhetoric and see common examples of how they are applied.