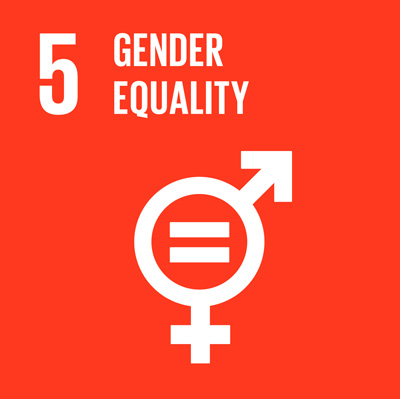 SDG 5
For many years, crisis has been something that has been run by men for men. In recent years, that has been slowly changing, with more women taking up delegate and staff roles within crisis committees. However, the crisis environment is still in many ways hostile to women, both the real participants and the characters within crisis storylines. In the vast majority of cases, there is no conscious desire to offend. Instead, there seems to be a system that has failed to adapt to the changes of its demographic and the broader global movement for gender equality. Below I discuss ways in which we can address sexism in crisis in all its forms.
The UK and European crisis circuit (with which I am most familiar) is plagued with mostly implicit sexism in many ways. Female delegates are often allocated female characters which often results in frustration on the delegates’ end as crisis staff reject their directives due to limited character portfolios in historical crisis settings. At one conference, for example, despite complaints, female delegates received female character allocations again after their initial characters were taken out of the narrative. As the crisis went into a full-scale war, delegates with female characters found themselves further marginalised by the limits of their character’s powers.
This is only one example, but throughout my time in crisis, I have spoken to female participants who were told to ‘calm down’ or were just outright prevented from joining military campaigns of the committee. At the same time, if a woman does well in crisis you hear things like “she is surprisingly good at organising naval campaigns”. Although single instances of these behaviours may seem benign or unintentional to some, when taken together they present quite an unfortunate reality that we should want to change. After all, crisis and MUN is meant to be fun and if someone leaves their committee feeling like they were discriminated against or they just weren’t totally comfortable in their environment then we are really doing it wrong. Narrative sexism

These days, historical crisis is all the rage, with simulations spanning all the way to BC years. With the times come the ancient ideas about female inferiority and a lack of women in positions of power. At the top of my head, I cannot name a significant female character in a historical crisis that was not in a position of power through birthright or marriage and that is why you cannot really diversify the cohort of female characters in crisis without moving into more contemporary topics. This translates to crisis arcs where fictional women are turned into fictional profit for historical characters that are so unlike their real counterparts that they might as well be fictional. Most people anywhere near the crisis circuit would have heard stories where delegates set up brothels, used prostitutes to infect enemy armies and brought down female characters with baseless rumours of adultery. But what is the educational value of all of this? The fact that delegates are often rewarded for exploiting vulnerable groups within crisis storylines just perpetuates this behaviour and ultimately makes most delegates unable to think critically and creatively about different ways that they can succeed.

Historical crisis has a lot of educational value to offer - we can place ourselves in periods we could never actually experience and figure out how with the knowledge we have today we can change those timelines. Just because ‘those things were considered normal in the past’ as many would argue here, doesn’t mean delegates should waste precious directives reiterating those discriminatory practices.
So, how can we deal with narrative sexism? It really comes down to how the crisis team responds to directives. First of all, I think derogatory language should not be published within press releases. Secondly, delegates that try to set up the aforementioned cliche establishments should be instead advised to pursue other avenues of accumulating wealth. If we stop rewarding these types of directives, people will simply move on to other and hopefully better things.

Treatment of female crisis characters
Many directors, I believe, are acutely aware of the lack of diversity within crisis committees. However, often this belief, when considered carelessly, leads to diversity for diversity’s sake and does not actually translate to an improved delegate experience.
Crisis is heavy on war games, so when it comes to the stage when most directives are dedicated to battle plans, female characters are often left with little to do within their domestic domains. Often it seems like people pat themselves on the back for including female characters and then during the conference pat themselves on the back again for being ‘historically accurate’ through not letting the female characters do anything worthwhile.
This situation can be amended in several ways. The female characters should be empowered first through the content of their biographies and secondly through the treatment of their directives.
Crisis is already far from reality in many respects, so what’s the harm in giving female characters special skills that would be valuable in the context of the crisis? Biographies should contain details that go beyond just who that character is married to and should make the delegates think ‘yes, I can definitely work with this’. When it comes to directives and female characters, I think backroom staff should allow for more female involvement in the war stage of crises. If they are not actively leading troops, they could be writing directives to secure supply lines (an often neglected element of crisis war), raise morale in cities to encourage recruitment and use political networks for espionage. This way an entire cabinet can be doing something useful to help the war effort and delegates will not be alienated. Ensuring this doesn’t happen is a responsibility that lies primarily with the chair, although the commitment of the director to inclusivity can often make a more widespread impact on the crisis as a whole.
More broadly, moving crisis away from war games or using more contemporary settings would naturally allow for a broader range of characters to have impactful storylines within the general crisis arc.
Finally, gender-blind allocation can help make sure that a range of delegates get to experience a range of different crisis characters. Often the most experienced delegates would get the most powerful characters (that in historical contexts are predominantly male), but I would argue that if you see a few awards on an application it would be more of a challenge and thus more rewarding for the delegate to succeed from a less advantageous starting position.
Women in crisis staff teams
There are not many women in crisis teams, largely as a result of the fact that there aren’t many women doing crisis in general. Although impossible to prove without comprehensive surveys, it is my theory that many women who do crisis are turned off by the aforementioned factors and experiences.
As a director, I sometimes felt like during stressful times like backroom mistakes and battles, I had to raise my voice for my direction to be acknowledged.  At the same time, I never encountered male directors that I have worked with having to do the same. I recognise that in times of stress it is harder for everyone to properly take into account other people’s feelings and modify their own actions but I think this is everyone that staffs crisis should strive towards. This goes beyond gender in that some people are generally more soft spoken than others and this shouldn’t be a factor in determining how their input is treated.
Communication within crisis teams is crucial to improving team performance and being mindful of the environment can help everyone have a better time. This also applies to the unmoderated caucuses within cabinets when it also often becomes a shouting match. In this domain, it is up to the chairs to make sure everyone’s opinions are heard.

Recognising female talent in crisis is important for improving diversity in crisis and I think it can still be reconciled with a wider meritocracy. In order to get more women into crisis leadership roles, there should be more leadership roles to occupy in the first place. Not all crises, for example, have formally recognised cabinet directors - a position which I believe is an excellent balance of agency, autonomy and responsibilities.
Yet, it seems like an obvious way to introduce more leadership opportunities where directors can empower women to be leaders, make a difference to the crisis narrative and gain directing experience on a smaller scale before moving on to roles that involve more serious macromanagement. This way, there is no premature promotion and a smoother learning curve that builds confidence instead of self-doubt.
What you can do as a crisis delegate
I have talked a lot about what crisis staff can do to help address gender issues within crisis, but the ways in which delegates create the cabinet environments is probably an even bigger contributing factor to people’s experiences.
We can all be a little bit more mindful of each other and I believe that can go a long way to making people return to crisis. For example, if you see any delegate being talked over, it doesn’t take a lot of effort to say ‘So you were saying?’ after the person who interrupted them finishes. It’s a small gesture that can make your fellow cabinet members feel more valued and therefore more useful to the cabinet as a whole. Cabinets that work together often outperform cabinets that waste time and directives on arguments and internal assassination plots.
Awards are great but when it comes to the impact of Model UN on our lives, I believe the things we take away with us when we no longer do conferences are the friendships we made and the people skills we developed. You won’t be able to brag about winning the Fifth Siege of Tours at a job interview so really there is no use upsetting people over arbitrary war games.

If everyone keeps this in mind, we can actually make a change.