How can societies and conferences improve the standards of debating? 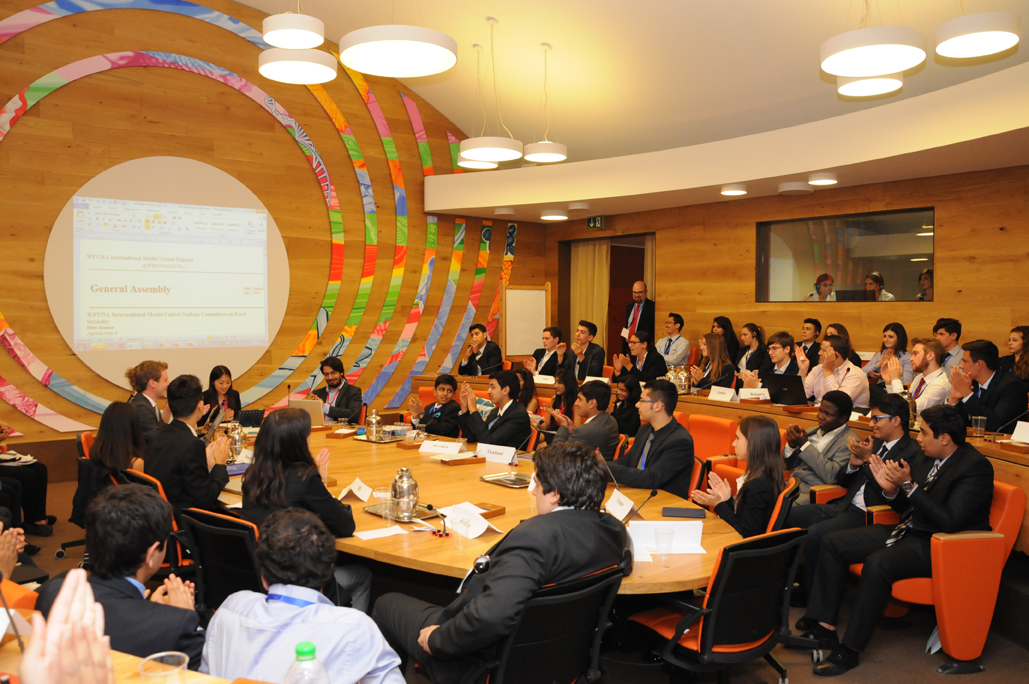 A question for various societies across Europe revolves around the standard of debating found at European conferences. While MUN is a competitive activity in which societies will aim for awards, it is nowhere near as competitive as MUN in the US and Canada in which college teams are rated against each other and compete internationally at conferences like WorldMUN.
Key Factors
There are numerous factors that will determine to what degree a MUN team succeeds or not. In the US and Canada, the high standard of debate can usually attributed to the creation of “travel teams”. These travel teams allow for societies to focus their training on a limited number of delegates as fewer delegates will have the opportunity to travel the long distances required to get to different conferences.
This is a uniquely North American problem. In the UK for example, there are numerous conferences that take place in London alone. Other conferences are not far travel wise with most occurring a few hours away maximum, therefore reducing the cost of travelling and participating in conferences. This means that societies will generally have a larger pool of delegates. However, with this larger pool of delegates, there is less focused training as multiple delegates have the potential to attend conferences.
This larger pool of delegates therefore enables European delegations to send large groups of delegates to a wider variety of conferences in Europe and their respective countries. Due to the close proximity of conferences and variety that cater to different levels of delegates, societies do not have to spend as much time training their delegates to perform exceedingly well at beginner conferences. While this is positive as it allows for more delegates to gain exposure to MUN, it is negative with regards to enhancing debating standards as the training for delegations is diluted and not as intense. This results in European teams simply not having enough training in comparison to their North American counterparts.
The social aspect of conferences in Europe also potentially hinders the level of debate. Where as in the US the drinking age is 21, across Europe it is 18. This results in a larger focus on the social aspect of MUN. While this is entertaining for all participants, it results in a less serious atmosphere which is great for encouraging new delegates to participate in MUN.
The quality of conferences at a school level varies massively. While there are many large conferences at a school level across Europe, the rules of procedure that are used will vary, resulting in confusion when these same delegates arrive at university and find that university MUN has an entirely different set of rules of procedure. This confusion can dissuade new university students who used to participate in their respective MUN clubs at school. This is a difficult issue to solve as the schools themselves ultimately choose which rules to use, regardless and irrespective of the level of debate found at university.
Having organised school conferences previously, I found this deeply frustrating as schools insisted in using dated, dumbed down rules of procedure which aimed to make MUN as simple as possible instead of providing their students a challenge. Indeed, when I implemented university level debating and rules at school conferences, my team and I found that students adapted exceedingly well and whenever these students subsequently participated in university level conferences, they performed admirably.
The final factor around improving the level of debate across Europe resolves round chairing.  While in the US and Canada, chairing is done on an institutional basis - ie for you to chair at a conference you need to be studying at the university hosting the conference, in Europe this is entirely different, instead allowing chairs to apply to conferences. This has essentially created a chairing circuit in which experienced MUNers chair at various conferences instead of acting as delegates. This subsequently means that the best debaters and public speakers in Europe end up chairing instead of delegating.
There are naturally some pros and cons to this. For one, it means that conferences across Europe can find a good quality of chairs which will then further encourage students to take part in MUNs. This in turn improves the quality of debate thanks to high quality chairing. However, the other side of this is that these chairs such as myself do not apply to be delegates. Therefore, chairs will attend conferences on a more individual basis rather than as a part of a society.
Solutions
Solving this issue which is inherently a continental issue is naturally no easy task. However, there are steps that conferences and societies can take to improve the quality of debating found at their conferences.
Firstly, introducing workshops on public speaking and rules of procedure at conferences is the first step to improving the quality of debating. While this can be potentially difficult to organise for a conference, whenever I have promoted these methods, they have always been well received by beginner delegates who are not familiar with how MUN works.
The second solution revolves around rigorous training sessions for delegates at societies. Some societies have great success in adopting a more rigorous process in accepting delegates. While some societies simply allow whoever to apply to go to a conference, others have a more formal application process. If accepted they will gain more training. This method is great in many ways, if you accept only a certain quality of delegate, then they are more likely to attend sessions, especially if there are penalties for lack of attendance. However, the difficulty is that you can end up rejecting enthusiastic students who want to improve their MUNing skills.
Conclusion
The issues that conferences and societies face across Europe are difficult to solve. The vast variety of conferences and societies also create difficulties as these organisations are less likely to collaborate. However, these uniquely European problems can be addressed in some part through effective training and innovative solutions that can be simply implemented.