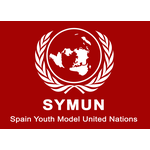 Security Council Italy Terrorism as an international threat to peace and security.

As of the 1st of January 2017, Italy is a non-permanent member of the United Nations Security Council by virtue of its election on 28 June 2016 and in compliance with the Hague Convention providing for the division of the 2017-2018 two-year mandate.

Terrorism, the unlawful use of violence and intimidation (especially against citizens) in the pursuit of political aims, has grown to be one of the most feared subjects of the 21st century. The creation of groups such as al Qaeda and the so-called Islamic State have caused turmoil and chaos in the Middle East, Europe, North America and beyond.

Italy has not been subject to any...