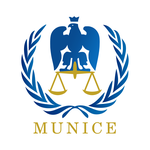 Position paper for the Economic and Social Council

The topics before the Economic and Social Council are – (1) Re-examining the relationship between health and intellectual property rights; (2) Promoting the use of sustainable energy with a focus on rural areas and developing countries.

Turkey, a country that not long ago had managed to stir a substantial leap in its economic and social environment, concerns gravely about the rural areas and the developing countries economic and social situation. Turkey has approximately 50% of its citizens who live beneath poverty threshold, especially in rural areas. Therefore, Turkey aspires to eradicate the reasons that are leading to that situation; mainly poverty and health issues.

(1) Re-examining the Relationship Between Health and Intellectual Property Rights:

According to the World Health Organization Report of 2011, at least one third of the world population has no regular access to medicines, Infectious diseases kill over 10 million people each year, more than 90% of whom are in the developing world. Developing countries, where three-quarters of the world population lives, account for less than 10% of the global pharmaceutical market. Many of the medicines that are made, are bought and socked at developed countries, who not necessarily need them – that in contrary of the pandemic struck developing countries.

Turkey is fully aware of the fact that an effective IPR system is the fundamental of a productive welfare society. Nonetheless, public health issues, are not less of a concern to the world's economic and social interests. In 2003, the government introduced a sweeping health reform program aimed at increasing the ratio of private to state health provision and making healthcare available to a larger share of the...