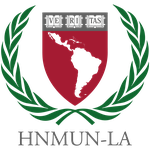 Committee
Commission on the Status of Women
Country
China Committee: Commission on the Status of Women

Women hold up half the sky- Mao Zedong

Globally, the male employment ratio exceeds the female one in a 72.2 to 47.1 percent comparison [1]; in addition, women in most countries earn in average only 60 to 75 percent of a male wage [2], experiencing difficulties not only in their access to work, but also in their development inside of workforce. According to the International Labor Organisation (ILO) an additional of US$1.6 trillion in output could be generated by reducing the gap in employment between women and men [3], nevertheless surpassing this inequality exhorts States to tackle several causes more complex than the excuse of a male-biased world. The factors that prevent women from succeeding in the world of work and finally closing the gender gap include women’s likeliness to be involved in unpaid care work, their poor incursion in STEM (Science, Technology, Engineering and Mathematics) fields, their disproportionate mortality rates and adolescent fertility rates, legal restrictions that excludes them from certain work areas, and their low access to financial institutions. Most of these issues were included by the United Nations Development Programme (UNDP) when developing the Gender Inequality Index (GII) in 2010, a key tool for the measurement of gender disparity; nevertheless, the Labor market dimension lacks information [4], due to data limitations from the ILO in the quantification of unpaid wor...