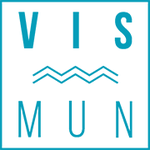 The delegate of French Republic is eager to take part in debates of Economic and Social Council during VisMUN 2017 as the issue of immigrants is undoubtedly vivid and relevant matter within European societies and French nation.

Rising number of immigrants coming to Europe- especially to Germany, United Kingdom Italy or very own country of the delegate- has brought numerous questions about assimilation and integration of those people. Different policies and methods are used across the European Union, concerning learning languages, emplo...