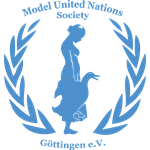 The President, his government and delegation and the Peoples of South Africa are deeply concerned about the current issues in the Persian/Arabian Gulf. The delegation carefully evaluated the situation and hopes that the upcoming conference will give insights into a sustainable solution to the various territorial disputes within the region. Mainly there are three different aspects to our concerns, that being economy, politics and history. In the following, we will firstly isolate the roots giving rise to the conflict. We will follow up with an elaboration on the grounds which are most suited in order to approach the issues and propose our solutions. With those, we hope to make an offer that the International Community cannot refuse.

1. Economy: The recent developments of the oil price have hit much of the world unexpectedly. Especially the nations which have an economy based on oil such as the GCC countries and other states such as but not limited to Iran and Venezuela. This led to many investors losing their capital as well as a decrease in future investment. Due to the recession of economies, the rates of unemployment increased, leading to a welfare loss of the world population which is more visible in the countries with economies traditionally based around the export of fossil fuels. Overall the involved parties within the territorial disputes have suffered from the recent economic developments, pushing governments to seek alternatives in order to prevent a loss of influence.

2. Politics: There are two different layers in which politi...