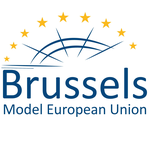 Committee
The Council of the EU
Country
Netherlands In general the Netherlands supports the proposal for a directive of the European Parliament and of the Council on copyright in the Digital Single Market (14.9.2016). The Netherlands confirm that there is a need for harmonisation for the good functioning of the internal market, while at the same time the exceptions in certain key areas are ensured. There is a need for a European framework to overcome the fragmentation and frictions within a functioning single market. When it comes to the position of the Netherlands vis – a vis the Commission’s proposal, three main elements should be pointed out, as they are stipulated in the Review of the Commission new proposals.

Proposed measures regarding the exceptions and limitations

The Commission has identified 3 areas of intervention with the aim of modernising the exceptions and limitations on copyright. - Digital and cross-border uses in the field of education - Text and data mining in the field of scientific research - Preservation of cultural heritage

First, for the exception on copyright the Netherlands favour the new exception for the research institutions, although they also want to take other innovation into account, for the benefit of developing new business models and European competitiveness.