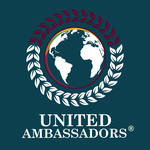 Delegation from The Kingdom of Sweden

The topic before the General Assembly is: Ending all forms of violence & discrimination against women and ensuring the empowerment and advancement of women in global economies and social order. The Kingdom of Sweden welcomes all cooperation through the United Nations which is based on the Universal Declaration of Human Rights from 1948 stating in Art. 1 that “All human beings are born free and equal in dignity and rights”. Sweden believes that the most significant part of fulfilling global human rights is to achieve gender equality.

The Kingdom of Sweden has dealt with the empowerment of women in its old traditions. Since the Age of the Vikings, women in Nordic regions have had a considerable amount of freedom. A gender equality legislative frame had been created in 1350 that also provided education to girls. In the early 20th century a reform gave both genders equa...