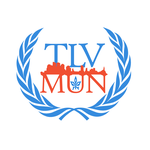 Topic A: The democratic governance in post Arab-Spring era: developing trust and legitimacy

The Arab spring was for some a victory against a long history of oppression and dictatorship; but for others, it was the beginning of a violent war when all they wanted was to have the same opportunity of living a life full of dignity and the protection and enforcement of their basic human rights. As France sees itself as the birthplace of modern democracy and human rights, a grave breach, such as we have seen it in the countries affected by the uprisings, concerns us gravely.

Our ties with some of the countries, such as Tunisia, go back to 1880, and the time when France was an active colonial power in the Middle East. Now France shows primarily presence as an important trade partner and therefore not only sees these uncertain and violent times as a threat to human rights and democracy, but also to a potentially stable economic trade partner and region. A stable government means that it is able to voice the concerns of its entire people, represent them and give answers to their questions and needs. However, on-going conflicts through war, displacement of millions of people who are fleeing their home countries because they are not safe anymore, increasing threats through radical groups a...