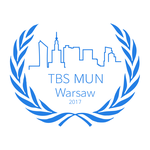 Combating the use of social media by the so-called Islamic State (ISIS) in the recruitment and indoctrination of European nationals.

As a Middle East country, the Kingdom of Saudi Arabia takes the matter of the increasing influence of ISIS very seriously. The so-called “Islamic state” poses a grievous threat to independent Arab states, their aggressive and destructive policy against the Syrian Arab Republic and the Republic of Iraq has spread terror throughout the Middle East. Now the whole Arab society is unstable and internally conflicted. Beside ISIS, military actions are also taken by other rebels fighting for (as they claim) “freedom”.

ISIS power is made by their public image. They make excellent use of social media in order to spread their radical Islam, which gives a bad impression of Islam to non-Muslim countries. By posting catchy posts on Twitter or sharing violent recordings, including executions or first-person footages from battlefield, they recruit new members. ISIS is not only hunting for regular recruits who will fight on battlefield, but also looking for upper-class patrons to help them financially or to exert some influence on foreign governments. The other purpose is to spread fear of the so-called “Islamic State”. They upload those violent materials showing how they treat their enemies so that the l...