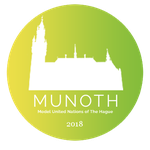 _N.B.: Please my apologies for the late submission, it appears I (Fauve) had send the wrong document by email on Sunday and also didn't see we also had to upload it here. _

Counter-Memorial submitted by the Republic of Albania

I. Questions raised by United Kingdom A) Right of innocent passage Between May 15th, 2015 and November 13th of the same year, British ships entered the Territorial Sea of Albania three times.1 Albania agrees the first time, on May 15th, no restriction could be posed on the innocent passage of the two warships of the UK through the Corfu Channel. Indeed the principle of innocent passage is a principle of International customary law2 and according to article 17 of the United Nations Convention on the law of the sea “ships of all States [...] enjoy the right of innocent passage through the territorial sea”. Even if the ships were considered as warships, they didn’t infringe the laws and regulations of the Coastal State.3 The second time was not different except from the fact that the two British destroyers passing through struck mines. UK asserts that they belonged to Albania. The latter knew about the express instruction of the UK to test the reaction of Albania when confronted with their innocent passage again. That could lead to concluding that that is why Albania posed the mines but it is not the case and circumstances show otherwise. However if the Court was to consider the mines were Albania’s property, quod non, Albania had the right to intervene. Indeed, “passage is considered innocent so long it is not prejudicial to the peace, good order and security of the Coastal State”4. The UK put two destroyers in place, Saumarez and Volage, belonging to the Royal Navy. Those ships were known to have taken part in battles such as the battle of Normandy or the threats in the Indian Ocean in the 40’.5 This fact could constitute a threat to the Sovereignty6 of Albania that could therefore consider the presence of such ships “prejudicial”7. Albania was entitled to “take the necessary steps to prevent passage which is not innocent”8. The third time British ships entered territorial waters was to carry out Operation Retail on November 13th.9 The Respondent believes that restrictions could be imposed on the operation for as long as it was not a continuous and expeditious passage10 exercised by the British ships. Indeed, the ships were carrying out mine-sweeping and evidence gathering operations11 which implies staying in the territorial waters. For that reason, Albania issued a formal complaint to the UN. This can be used as an argument to prove that the explosion of the mines wasn’t caused by the Albanian authority. If it was, they would have struck again in the same way it was done on October 22nd. The restrictions posed by the Respondent were not infringing on International law during the third passage of British ships.

B) State liability of Albania for the destruction of warship Principally, Albania’s international responsibility can only be triggered if found liable of committing an internationally wrongful act. An act is considered as such when two elements are met: an objective element and a subjective element.12 The first one consists in an action or omission that doesn’t conform with the international obligations of the State.13 In casu, UK argues that Albania was involved in laying the mines and therefore incurs its international liability.14 However, Albania was not the author neither of such an action neither of an omission. Indeed,...