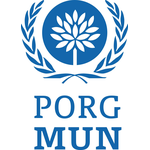 The issue brought before the Security Council is the following:

The delegation of the Russian Federation aims for an effective, successful conference that will allow all member states to participate in diplomatic debates and emphasize one of the most significant issues our world faces today. The delegation of the Russian Federation would also like purposeful cooperation amongst nations in preparing resolution papers that can be agreed by members and ultimately be put forward into effect as efficiently as possible.

The issue of the South China Sea dispute is not an extremely relevant or direct problem for the Russian Federation, but nonetheless one that is acknowledged as a significant matter and thus taken seriously. July 2016 marked a turning poi...