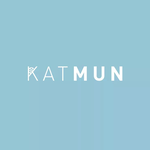 Topic: Antibiotic resistance as a threat to the public health

Honourable chairs, distinguish delegates, it is a great honour to be the delegate of Kingdom of Netherlands during Katowice Model United Nations debates. Bacteria are well known organisms that live in and on every one of people. A lot of them are used in very positive way for example in di...