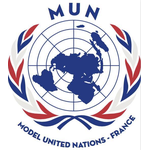 Topics: a) Cyber Governance and b) Ocean Preservation

New technological innovations are creating new ways for criminals to find opportunities in which the computer and the World Wide Web are used as an instrument to pursue illegal actions. With cyber-attacks grabbing headlines around the world organizations are realizing that they need to move from a reactive, fire-fighting mode, where cyber-crimes may be regarded as merely an IT issue, to a proactive stance so that boards stay ahead of and manage this potentially devastating risk. The United States of America have been affected by a number of cyber-attacks and cyber-crimes following the hack of the Democratic party in 2016. The U.S. realizes that this problem must be solved and has partnered with other countries and organizations to try and find a solution.

The Internet emerged in the 1990s as a thoroughly transnational infrastructure for communication and commerce. The United States is highly digitally dependent and recognizes the internet as a way for allowing innovation without permission. The economy, national security, educational systems, and social lives have all become deeply reliant on cyberspace. It encourages the free flow of ideas and the exchange of information across the world since the internet isn’t defined by national borders, but as it becomes more popular and accessible among populations, the power of the internet has been discovered to be harmful as well as beneficial. Cyber-crimes and cyber-attacks are spreading and hackers are emerging ...