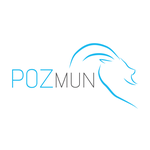 Being a representative of Netherlands, I would like to emphasis how beyond happy I am to have opportunity to participate in such a debate in which we will discuss about world economic stability.

At the beginning I would like to mention a problem which is an inseparable part of humankind history, (which is) war and military conflicts. Wars can bring us profits however they are incomparable with losses incurred by Innocent civilians. Nowadays there are many organizations which are of help to Victims of wars. Those organization help in rebuilding economy which might be beastly destroyed during the military part of conflict. But are the enough? As far as you can say, that those organizations have a positive impact on the development of the countries affected by the war they still have to work for many years for the outcomes to be seen and yet their actions are insignificant compared to the needs. Therefore, I suggest to consider a creation of a separate specialize organization, whose aim will be to rebuild economies devastated by war. They will keep an eye on damaged country, will provide them with the necessary support through the association or charity organizat...