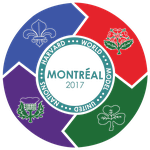 The Real Face of Feminism, and It Ain't Pretty

Girls, ladies, and women are not only a significant unit of the society, but also an influence in the course of social change in the world. The modern society has started recognizing the individual identity of women. Now, she is believed to have her aspiration, abilities and qualities as a man does have and express them according to her own choice. We have seen things go down in history, from getting her right to vote to getting her right to safe abortion. But the question is, is society really doing enough to advocate gender equality?

Feminism, as we all know, has as its ultimate goal to change the world by omitting gender inequality. Proving that she can tackle a myriad of subjects, she fights. Still, despite solid evidences addressing world social injustices, gender equality remains an unfulfilled vision.