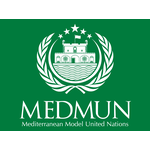 TOPIC 1: THE IMPACT OF MIGRATION ON MINORS, PROVIDING FOR GENERATION 2025 WITH DECLING RESOURCES

Over the past three decades, Italy has undergone a major transformation, shifting from an emigrant nation to an immigrant destination. From 1970 until today, the foreign citizens with regular residence permits in Italy have increased tenfold, and the rhythm of growth seems to be unstoppable: the number of immigrants has grown to 5 milions (Eurostat 2015) and according to the Department of Civil Liberties and Immigration's statistics in 2016 the asylum applicants were 123.370 ( 11.240 are children and 5710 are unaccompanied children) .These data outline a complex situation, characterized by immigrant flows from more than 191 countries, especially Central Eastern Europe (Rumania, Albania and the Ukraine), Northern Africa (Morocco), the Far East (China) and the Indian subcontinent (Pakistan, India, and Sri Lanka). This historically important phenomenon requires in-depth analysis and more effective intervention policies in order to find concrete solutions to help immigrants settling in our country, with its older population and its labour market in need of additional workers. Unfortunately, there is still a great amount of rigidity with respect to this new social phenomenon. The quota system still appears as inadequate with respect to labour needs, and the grant of a permanent residence permits is affected in some cases by slow and heavy procedures. In fact, the matching of labour demand and supply may seem as difficult to realize, which may result in encouraging irregular work. The immigration phenomenon is affecting the various regions in Italy in different ways. Indubitably the greatest number of non-EU citizens resides in Central Northern Italy, where there are more job opportunities. Large urban centres, especially Rome and Milan, host substantial numbers of immigrant populations. Unfortunately, immigrants have difficulties in finding housing, since it is very expensive, especially in the cities, which forces them to reside together. However, over the past several years, great progress has also been made in integrating foreign citizens into our country, beginning with the attendance of foreign minors at schools, a widespread phenomenon that has achieved good results; in 1983/84 there were only 6,104 pupils with a non-Italian citizenship in the Italian schools (0.06% of the total); ten years later (1993/1994) they were 37,478 (0.41% of the total); in 2003/2004 they reached the amount of 282,683 (3.49% of the total), and in 2011/2012 they reached the number of 755,939 (8.4% of the total). When comparing the largest groups of foreigner citizens present in the Italian schools, it emerges that the most consistent quota of minors comes from Romania with 141,050 students, followed by Albania with 102,719 students, Morocco (95,912), China (34,080), and Moldova ...