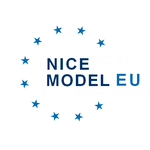 1. Our vision: a constructive approach on Europe

Twelve years ago, on 1 May 2004, Poland entered into the European Union. PPE Poland would like to recall the strategic benefits of enlargement, which has made Poland more prosperous and has helped improve the quality of people's lives. Such fast economic growth in Poland would not have been possible if Polish companies had not been able to access the EU single market. Unemployment in Poland has decreased by half over the last decade mainly thanks to Polish entrepreneurs and the new jobs they created.

The UK’s statistics office (ONS) reported in late August that the number of Poles in the UK was reaching a million and that they had overtaken Indians as Britain’s largest minority. However, following EU vote on the 23rd of June, the anti-immigrant sentiment in the UK has risen. This includes the tragic death last September...