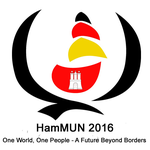 The Arab Republic of Egypt, usually referred to as “Egypt”, is a sovereign state in the Northeast of Africa. It is a transcontinental country, as it expands to the Sinai Peninsula, located in Asia. Egypt is a Mediterranean country bordered by the Gaza Strip and Israel to the northeast, the Gulf of Aqaba to the east, the Red Sea to the east and south, Sudan to the south, and Libya to the west.

The regions of the Sahara Desert constitute most of Egypt’s territory, although they are largely inhabited. Most of the population live near the banks of the Nile River, where the only arable land is found. About half of Egypt's residents live in urban areas, the most densely populated areas being Cairo, the capital of the state, and Alexandria. With over 92 million inhabitants, Egypt is the most populous country in the Arab world and the third-most populous in Africa (after Nigeria and Ethiopia). Egypt was one of the earliest centers of Christianity. However, the country was Islamized in the seventh century and remains a predominantly Muslim country, albeit with a significant Christian minority.

Egypt is a political and cultural center in...