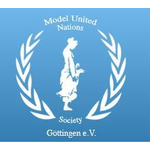 Delegation from China Represented by Catholic University of Eichstätt-Ingolstadt

Position Paper for the European Council

The topics before the European Council are: Proposing a free trade agreement with ASEAN/China; Enhancing Security Cooperations in Asia; China is in favor of furthermore intensifying bilateral relations to the European Union, the latter constituting one of its most important partners in the world.

China is home to 20 percent of the world’s population and the world’s fastest growing economy. As one of Europe’s most relevant partners, we support the European strategy of deepening the economic relations in between the ASEAN countries, the EU and China. Already cooperating to a highly profitable extent in the area of trade, the reinforcement of cooperation by the means of access facilitations to financial and industrial mar...