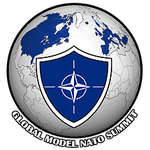 Topic: Politically consider and analyse under which circumstances NATO could undertake military action against a non-state actor outside the territory of the alliance.

The outcome of the Arab Spring and the conflict in Syria have reduced stability in the Middle East and North Africa region. State governments in the area were weaken and had no resources to handle the rise of terrorism. The increasing amounts of terrorist activities have caused great concern to members of the North Atlantic Treaty Organization (NATO) alliance. As part of NATO, Latvia is committed to participate in the Operations Policy Committee (OPC) to consider and analyse which circumstances NATO could undertake military actions against a non-state actor.