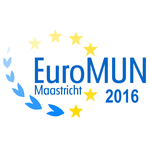 Saudi Arabia is a country blessed with vast natural resources. It is home to the world’s second largest oil reserves and sixth largest gas reserves. Owning such amounts of fossil fuel, many Saudi’s have deemed it a birth right to have access to cheap energy. This feeling has further been strengthened by government subsidies, placing Saudi energy prices among the lowest in the world. The side effects of such cheap energy are clear: per capita the average Saudi consumes as much energy as the average American, making Saudi Arabia the sixth largest oil consumer in the world even though it has a population of about 30 million people. The forecasts are not showing a change in this trend either.

Domestic consumption of energy is projected to rise by 7% each year, which is nearly three times as high as the rate of the annual population growth. Continuing on this track will mean a rising energy consumption per capita in Saudi Arabia instead of a stabilizing or declining one. Sustaining this rise would require 350 million tons of oil annually. A quarter of the Saudi oil production is already bei...