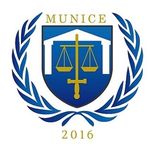 As every country in the world, Senegal is pretty much affected by the situation in Syria & Irak. Since its official creation in 2013, DAESH has considerably increased its influence and its terrorist operations, particularly in the Middle East. But these atrocities have been extended to the whole world. Countries like France, Tunisia, Egypt, Turkey, Ivory Coast and Burkina Faso have been victims of violent attacks from DAESH causing the death of hundreds of people. But the main concern is that DAESH's influence is growing day by day, with their different networks in countries like Libya, Yemen or Nigeria with Boko Haram. And that is what worries the most our country.

Senegal is at 98% muslim, and extremist islamism is present in every region. About 30 Senegalese have joined DAESH in Libya and are violently threatening our country. Moreover, the fact that Boko Haram, in Nigeria have pledged allegiance to the Islamic State and the attacks in Ouagadougou (Burkina Faso) and Grand-Bassam (Ivory Coast) show that Senegal isn't immune from an attack.

That is why, our country has signed different agreements with the United States, allowing them to have a permanent access to strategic zones, as the military base of Ouakam. Senegal has also reinforced its intelligence service and the security in critical areas like big hotels, administrative bui...