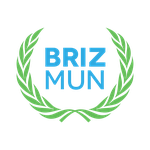 Greece is suffering extreme economical strain and austerity measures in light of 3 international bailouts since 2010. It has the highest unemployment rate in the EU: nearly 25%.

2008 saw approx. 20,000 applications for asylum lodged in Greece, of only 379 people were granted international protection.

July 2009, the Greek government, leaving hundreds of registered asylum-seekers feared to be homeless, closed an irregular migrant camp near the Greek port of Patras. The UNHCR regarded the camp as inappropriate accommodation for those sheltering.

2010, Greece became the main entry point for more than 132,000 people attempting via irregular methods to reach the European Union.

August, 2013, refugees in Amygdaleza revolted due to the camp’s "particularly prison-like nature."

In 2015, Prime Minister Alex Tsipras stated that Greece’s “goal is to create a welcoming area where the refugees will live in dignity, and in sanitary and humane condition.”

March 2016 saw figures of 24,000 refugees and migrants within Greece in need of accommodation. 8,500 of these are at Eidomeni, close to the border of former Yugoslac Republic of Macedonia, where Greek authorities have responded by setting up 2 camps with an estimated capacity of 12,500. A third site is under construction.

Mass refugee arrival into Greece exasperates the economic strain and austerity measures placed upon Greece. Senior government officials fear this additional burden atop the existing economy risks may spark a boost in xenophobic reactions among citizens who are losing patience.