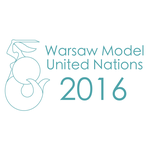 Topic: Increasing border control in European countries as a possible way to combat the ever-growing threat of terrorism.

In the name of the citizens of United States of America,

The delegate of the USA, believes that in the world of today, increased border control can certainly be a ,at least a temporary solution, to counter the growing risk of terrorism and conflicts based on ethnic grounds. From the day it was created as a state, USA has been a nation of immigrants and immigration is a key aspect of the American culture and history. However, the delegate believes that only responsible movement of individuals between borders can minimize the risk of a terrorist attack.