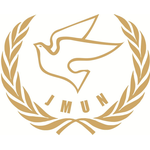 Topic : Rise of the Zika Virus

In the past two years, Zika Virus has become an international attention as it declared by WHO as a Public Health Emergency of International Concern (PHEIC) since thousands of new born babies are reported to have microcephaly because of the Zika Virus in American continent and Pacific. The PHEIC status shows that the diseases need serious concern and global cooperation to handle the impact and prevent the virus from spreading. The reasons why Zika Virus breaks out in America and Pacific regions, including Paraguay, are mainly because of the tropical climate. Zika Virus is easily transmitted by mosquitoes and the tropical climate in these regions is supporting the proliferation of mosquitoes. In 2015, the El Nino storm that has strike across South America also made things worse. In Paraguay, 150,000 people had to be evacuated. The rains left more puddles, pools, and ponds for mosquito breeding. Reported mosquito-infections, such as dengue, chikungunya and zika, among South Americans were also rising significantly.

Paraguay, as one of the country in South America, deeply recognized the danger of Zika Virus. First report...