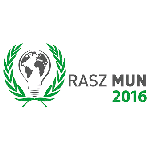 Position Paper Delegation of Jamaica are privileged to have the opportunity of taking part in this year's RaszMUN conference hold in Warsaw. We are very pleased with the main topic of the session which directly concern our country as well as the neighbouring states. We hope that it will be place where matters of substance will be touched on elaborately and talks in the committee will be culminated with thoroughgoing plan of reforms in Latin America' s trade policy.

Over the past few centuries Jamaica has been undergoing vicissitudes of history – Spanish rule following the arrival of Christopher Columbus and the British rule when Jamaica became a leading sugar exporter, with its plantation economy highly dependent on slaves imported from Africa. Since 1962 we achieved independence from the United Kingdom and Jamaica became a sovereign country. We survived different political an...