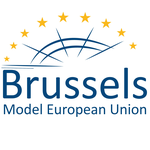 Committee
The Council of the EU
Country
Denmark Following the events in Copenhagen last year and Paris more recently, the Kingdom of Denmark is determined to adopt tougher approaches to crime, extremism and terrorism. The Government of Denmark believes that full cooperation with Europol is “crucial to in order to catch and punish human traffickers, drug dealers, gangs of burglars, and other criminals operating across borders.”

Denmark supports the Commission’s aim for Europol to become an EU hub for information exchange and analysis on serious crime.