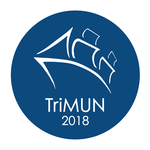 Combating obesity is an important issue nowadays. The problem of obesity is not only already huge, but it is still growing. It is said that since 1976, number of obese people has almost tripled. Statistically, 2 years ago more than 1.9 bilion people were overweight with 650 milion of these being obese which is 13% of the population.

Having excess body fat can lead to numerous consequences, namely diabetes, cardiovascular disease, chronic kidney disease and various types of cancers. Obesity was the cause of 7% of deaths in 2015, exceeding the number of road traffic deaths.

It is worth noting that the issue does not concern only adults, but is even a greater problem in children. Children obesity is growing fast, with over 41 million children under the age of five suffering from it in 2016. Unfortunately, it is said that once someone becomes obese in their childhood, it is very likely that the proble...