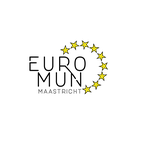 Since the beginning of the crisis in Ukraine, in 2014, 120 000 Ukrainians applied for temporary residence, and over a million entered Poland on the basis of entry visas. Poland is also receiving migrants from Chechnya and other countries from Eastern Europe. It is then difficult for us to accept new migrants coming from the Middle East. As a matter of fact, since 1989 the number of people applying for refugee status in Poland has risen from about 1,000 to 10,000 each year. Facing this rise, our country is really concerned by the refugee crisis, which touches the entire world. Not only the Middle East is affected, but also Africa, Asia and Eastern Europe. As the World Humanitarian Summit reaffirmed in 2016, we are witnessing the worst refugee crisis since World War II, but a totally different refugee crisis.

Because of that, we need to expand the actual definition given by the 1951 refugee convention of Geneva. This convention, being the basis of the policy of the UN on migration, have to be updated. First, because we need to have a more actual definition, in order to have a written definition in one of the most emblematic convention of the United Nations. Then, we also need to have a convention which implicate all countries in the world. Poland for example, did not participate to the redaction of the Convention. We would like, with the countries present here, to find a consensus on the definition of the word “refugee”, but also a consensus on access to education, the status of IDPs etc.

After the changes that we have witnessed, we need to integrate this evolution...