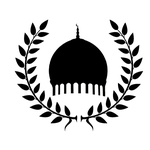 The International Committee of the Red Cross

The issue of sexually transmitted infections (STIs) and diseases (STDs), is one of the most pressing human health problems in the 21st century. According to the World Health Organisation, more than 1 million STI infections such as chlamydia, gonorrhea, syphilis, and trichomoniasis are reported every day around the world. With new challenges such as the resistance of some infections to modern drugs and the spread of said diseases through sexual violence in recent armed conflicts, it is apparent that tackling this epidemic must be of utmost priority to the global health cluster and the international community as a whole. The human immunodeficiency virus (HIV), is undoubtedly one of the most dangerous sexually transmitted viruses. While HIV is not transmitted strictly through sexual contact means, the vast majority of new infections reported are due to unprotected sexual contact between individuals similar to other STI’s. HIV leads to developing the Acquired Immunodeficiency Syndrome (AIDS), a disease that leads to the severe impairment of a person’s immune system. About 40 million people are thought to be carrying the virus in 2016 which was responsible for more than 1 million deaths worldwide up until that same year.