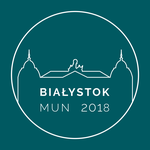 Committee
The Second Committee of the GA: Economic and Financial
Country
France COMMITTEE: The Second Committee of the GA: Economic and Financial

TOPIC: Rebirth of Silk Road as a threat to economic independence

On behalf of the president Emmanuel Macron and his administration, the delegate of the French Republic is deeply honoured to be present during the debates of the Economic and Financial Committee at the Białystok Model United Nations conference.

In 2013 the president of the People’s Republic of China- Xi Jinping announced the rebirth of the Silk road- an ancient network of trade routes connecting the regions of Eurasia. Since then, the project has been constantly devel...