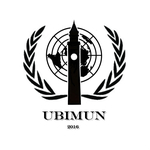 Poland was one of the first members of the Warsaw Pact to join NATO on 12 March 1999. Poland has made significant contributions to NATO by military operations in Afghanistan and Iraq. Moreover is scheduled to host the 2016 NATO Summit in Warsaw.

NATO’s enlargement is very important because it would strengthen the Alliance’s ability to contr...