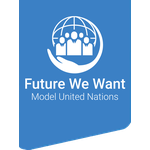 Theme A – “International cooperation in the peaceful use of outer spaces”

Outer space and their use is debatable, and the distinction must be done between their militarisation and their weaponization. Senegal believe that disarmament (as a general term) is necessary and takes a huge part in the cooperation between countries. Senegal is especially fighting (following the UN firearm protocol) illicit manufacturing and trafficking of firearms. Considering the weaponization of outer spaces, Senegal appears to be behind the times. Senegal is suffering from poverty and instability on its soil, and thus, the presence on outer spaces hasn’t been its priority. However, the lack of presences doesn’t imply that Senegal should suffer from the weaponizations – and d...