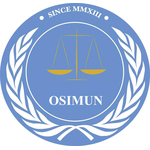 Topic B: Exploitation of migrant workers in Middle East

Côte d'Ivoire is a country located in West Africa with approximately 26 million of population. It shelters lots of people from different ethnics such as Akan 42.1%, Voltaiques or Gur 17.6%, Northern Mandes 16.5%, Krous 11%, Southern Mandes 10%. The country is known as French colony in 19th century till Félix Houphouët-Boigny who is known as sage of Africa has declared their independence. France's main goal was to stimulate the production of exports, as Côte d’Ivoire has a unique role as an economic engine in West Africa, a port of access to international trade especially with being the world's bigge...