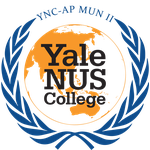 Topic A: The Universal Adoption of Vaccination

Morocco's health system remains weak in spite of the improvement of other development indicators in the last ten years. Health remains one of the major challenges to lower the social disparities that are the priority for the authorities. Despite the goodwill of all stakeholders, significant reforms implemented respond only partially to the needs of the population. Morocco established several public insurance schemes, of which one focuses on the poorest, to achieve financial-risk protection for its population. Nevertheless, achieving universal health coverage through one of its dimensions is not sufficient, and all the effort being concentrated in one area has shown the deterioration of equity in access to and quality of health services. Moreover, the insurance schemes did not reach their objectives of protecting a majority of Moroccans from financial hardship.

In the midst of the Arab Spring in 2011, Morocco adopted a new Constitution addressing health in seven different articles, among which article 31 states the right to universal access to health services and the right to financial-risk protection and article 154 stating the right to access quality health services. These Constitutional articles refer directly to the three objectives of universal health coverage (UHC) as promoted by the World Health Organization to achieve universal access to effective health services (including prevention, promotion, treatment and rehabilitation) people need without exposing them to financial hardship. The Moroccan health system suffers a large number of deficiencies. These include no more than 6.5% of the GDP spent on total health expenditures, 24% of the population facing difficulties in accessing health services, inadequate health sector governance, and an acute shortage of healthcare workers (6.2 physicians per 10.000 people). The National Initiative on Human Development, a hypothetically bold and integrated government plan to eradicate poverty supervised directly by the Royal Cabinet does not include or even mention health despite addressing most of its social determinants. Among the 22 countries and territories of the East-Mediterranean region (WHO EMRO), Morocco ranks among the five lowest-ranking on the adult health and health expenditure component of the Human Development Index. Moreover, out-of- pocket health expenditure reached 88.3% (percentage of private expenditure on health) between 2009 and 2013. Populations that have no other option than out-of-pocket payments to access health facilities suffer financial hardship and sometimes avoid resorting to health services because they cannot afford paying for them. Law 65-00 of 2002 on health insurance established two prepaid funds systems, the Mandatory Medical Insurance (AMO) and the Medical Assistance Scheme (RAMED). The former was designed to protect the labor force from financial risk, while the latter focused on the most vulnerable parts of the population to avoid financia...