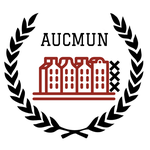 I. Topic background Female Genital Mutilation refers to “the partial or total removal of external female genitalia for non-medical reasons” (NSPCC). The United Kingdom strongly condemns practices of FGM and therefore believes it to be highly important to eliminate these practices by producing international legislation in the form of a resolution, as well as an international monitoring body.

II. Past UN actions The UNGA has adopted two resolutions concerning the elimination of FGM in 2012 (A/RES/67/146) and 2014 (A/RES/69/150). The United Kingdom was at the forefront of the draft and adoption of these resolutions.