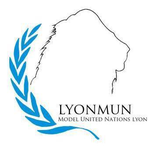 Children trafficking is a growing industry, especially in South East Asia in Thailand, Vietnam, Laos and Cambodia. According to the International Labor Organization, there would be around 1.2 Million children being trafficked each year in the world. They are forced to work in terrible conditions, for hazardous work or often as sexual object, which denies their human rights according to the Universal Declaration of Human Rights, and is strongly condemned by the International Community. Actions have already been taken especially in these four countries of South East Asia, in Cambodia as well since it is a source, a destination but also a transit for children trafficking.