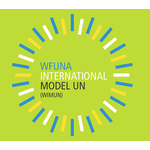 Gender disbalance is one of the biggest concerns of the modern world, causing co-existence of diverse opinions.While referencing modern era as "Well Developed" still, there are humans who are being regularly challenged by gender discrimination and inequality. Women and girls are facing dozens of obstacles starting from domestic violence, alongside with financial problems such as "Gender pay gap" and many more. Our society should be actively working on promoting and protecting rights of women and girls in today's world. Solving this particular problem of having imbalanced gender r...