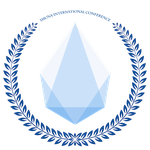 Yemen has been a priority for Saudi Arabia for decades and continues to be one.

Past involvement of Saudi Arabia in military interventions

It is important to note that we did not start the war in March 2015. It was started by the Houthi rebels back in September 2014. It was not up until the end of the 26th Arab League summit hosted in 2015 in Shram el-Sheikh that the organization announced the establishment of a unified Saudi-led military Arab force. The force is not yet active. In 2015 a Saudi-led coalition was formed to against Houthi-rebels. Within days, after Yemeni President Abu-Rabbu Mansour Hadi called on Saudi Arabia to intervene in the civil war in Yemen, this coalition started a campaign of air strikes against Houthi targets on 26 March 2015. This operation is known as Operation Decisive Storm was followed up by Operation Restoring Hope. The pro Saudi-legitimate government is now in control of 85 % of Yemen. With having our actions backed by the president of the United States, first by Barack Obama and then by Donald Trump, who Crown Prince Mohamad bin Salam (MBS) calls “the right person at the right time”, we and our allies were slowly building up a coalition to stand up to Iran. In November 2017, our coalition was forced to tighten its blockade on Yemen to put an end to the smuggling of weapons to the rebels by Iran. We regret the increase of the humanitarian crisis but Iran and the Houthi rebels is to blame for that exclusively.

Iran and the Houthi rebels

The ties between Iran and the Houthi rebels are strong and evident. The Houthis are to be held responsible for the destruction an...