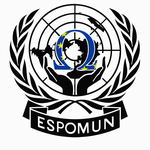 No one can decide to change borders, nor violate human rights in total impunity. According to a report of the United Nations Human Rights Committee, there has been “grave human rights violations, such as arbitrary arrests and detentions, enforced disappearances, ill-treatment and torture, and at least one extra-judicial execution”

Beyond these violations are ethnic considerations. The UN reported that Crimea's Turkic-speaking minority, the Tatars, who make up 12% of its population, have been targeted. Moscow considered it was an extremist organisation after they boycotted the referendum about joining Russia, and its leader was jailed.

France instigated a meeting in 2014 with Germany, Ukraine and Russia on the settlement of the con...