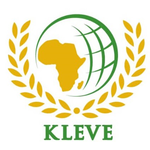 The 1998 armed conflict, which is going to be discussed in the commitee of the 'African Union Boarder Programme' is one of the most complex conflicts on the african continent due to an immense variety of international and external factors, with up to nine states militarily involved inside the Congolese territory. These are grouped into two opposing sides, composed on the one side by the Kinshasa government with its Angolan, Namibian and Zimbabwean allies and on the other side rebel groups composed of the Rassemblement Congolais pour la Démocratie (RCD) and the Mouvement pour la Libération du Congo (MLC) with their allies from Rwanda and Uganda.

The United Nations (UN) Security Council is engaged in supporting international peace and security according to Chapters VI, VII and VIII of the UN Charter. The UN Organisation Mission in the Democratic Republic of the Congo (MONUC) is a special mission sanctioned by the UN as an effort to solving the political problems in the DRC in line with the adoption of a variety of resolutions (e.g.1355 (2001), 1493 (2003), and 1625 (2005)) by the UN Security Council.