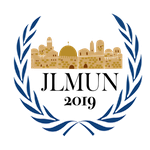 the U.S. and Iceland signed a bilateral defense agreement in 1951. According to the agreement: “The United States on behalf of the North Atlantic Treaty Organization and in accordance with its responsibilities under the North Atlantic Treaty will make arrangements regarding the defense of Iceland.”[13] Therefore, the U.S. remains bound to defend Iceland, not only by NATO’s Article V,[14] but also by a bilateral agreement—a testament to the importance of Iceland to U.S. security interests.

These agreements proved mutually beneficial throughout the Cold War, as Iceland served as a vital geographic bulwark against Soviet submarines and aerial assets operating in a strategically important corner of the North Atlantic, and the United States, in turn, protected Iceland’s territory.