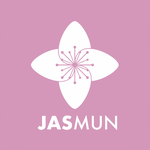 Country: Republic of Colombia
Committee: United Nations International Children’s Emergency Fund (UNICEF)
Topic: The issue of commercial sexual exploitation of children in developing countries
The commercial sexual exploitation of children is the most dreadful harm that affects minors, but also a really common pratice in developing countries, which is why it is such a worldwide problem. Prostitution, pornography, sexual abuse by the adult, sex tourism and trafficking are the examples of unforgivable actions towards another human being and in this case- children. Columbia as an example of country, which is struggling with child sexual abuse has taken serious...