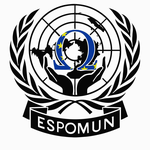 Discrimination against women is a prevalent and long-running occurrence that embodies Indian culture at all stages. India’s advancement to gender parity, measured by its position on standings, for instance, the Gender Development Index has been unsatisfactory, in spite of the comparatively rapid economic growth rate.

In the past 10 years, whereas the Indian GDP has developed by about 6 %, there has been a considerable drop in female workforce contribution from 35% to 27 %. The male-female income gap has been still at 50 % (Ackerson et al., 2008). Delinquencies against females display a rising trend, in particular, vicious criminalities, for instance, dowry deaths, rapes, and honor killings. More than 40 grievances a day of ferocity against females has been recorded in police stations, 10 rape cases in every day and 3 females are murdered for dowry in every 2 days. According to NCRB, 27933 instances of violence against females, 3285 rape cases and 15094 cases of home ferocity were recorded in various police stations of India in 2013 (Vlassoff and Carol, 2013). 454 women were murdered for dowry.