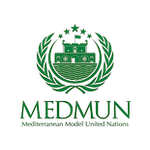 The rising rates of kidnap and forced child soldier recruitment can be easily considered as a crime and a critical state of deshumanization in many countries. It is a sign of lack of development and needs to be taken very seriously. Throughout the years, children have often been used in conflicts for war purposes such as killing civilians or raped by the armed group they were held in. The recruitment and use of children during conflict is one of the six grave violations identified and condemned by the UN Security Council and tens of thousands of children are currently recruited and used as soldiers in armed conflicts around the world. Some children are abducted and forced...