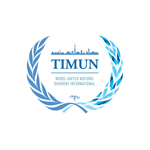 United Nations introduced The Sustainable Development Goals (SDGs) in 2015 to eradicate global problems. This project incorporates 17 major objectives, several of which are: no hunger, good and health well-being, quality of education, gender equality, clean water and sanitation, affordable and clean energy, decent work, environmental issue, etc. These set of goals are actually tightly interconnected with one another. Even though all of the aforementioned goals of the SDG are vying for a better future for not only the current generation but for the whole humanity, there is one goal that must be ranked as the very core of the other ones. This global problem is poverty. The following problem is the main driving force of other global issues, like famine, malnutrition, as well as unemployment and a low standard of living. According to UNESCO, poverty leads to the death of about 22,000 children every day, 165 million children who are less than 5 years of age are stunting followed by malnutrition. In addition to that, DoSomething.Org reported that around 805 million people throughout the globe basically do not have a sufficient amount of food. Moreover, almost 3 billion people live on a miserable amount of money- $ 2.5 per day while nearly 1.3 billion live on $1.25 per day, or in other words, live in extreme poverty and these figures are continuously growing.

The official launch of the SDGs in Ghana in February 2016 by then-President John Dramani Mahama demonstrates Ghana’s commitment to enable public understanding of and support for the SDGs in the country.

Consider SDG 1, to end poverty in all its forms. Poverty and health are intimately linked. For instance, a poor mother is less likely to know of and access maternal health services and thereby more likely to suffer negative birth outcomes. Poverty affects a girls’ education which ultimately affects her health outcomes. This is because educated ...